The Omsider is a project of an amphibious aircraft developped and designed in cooperation with a norwegian company. This aircraft is able to be fully operated either on water or on the ground. It is produced using the latest technology of carbon and cork composite processing. 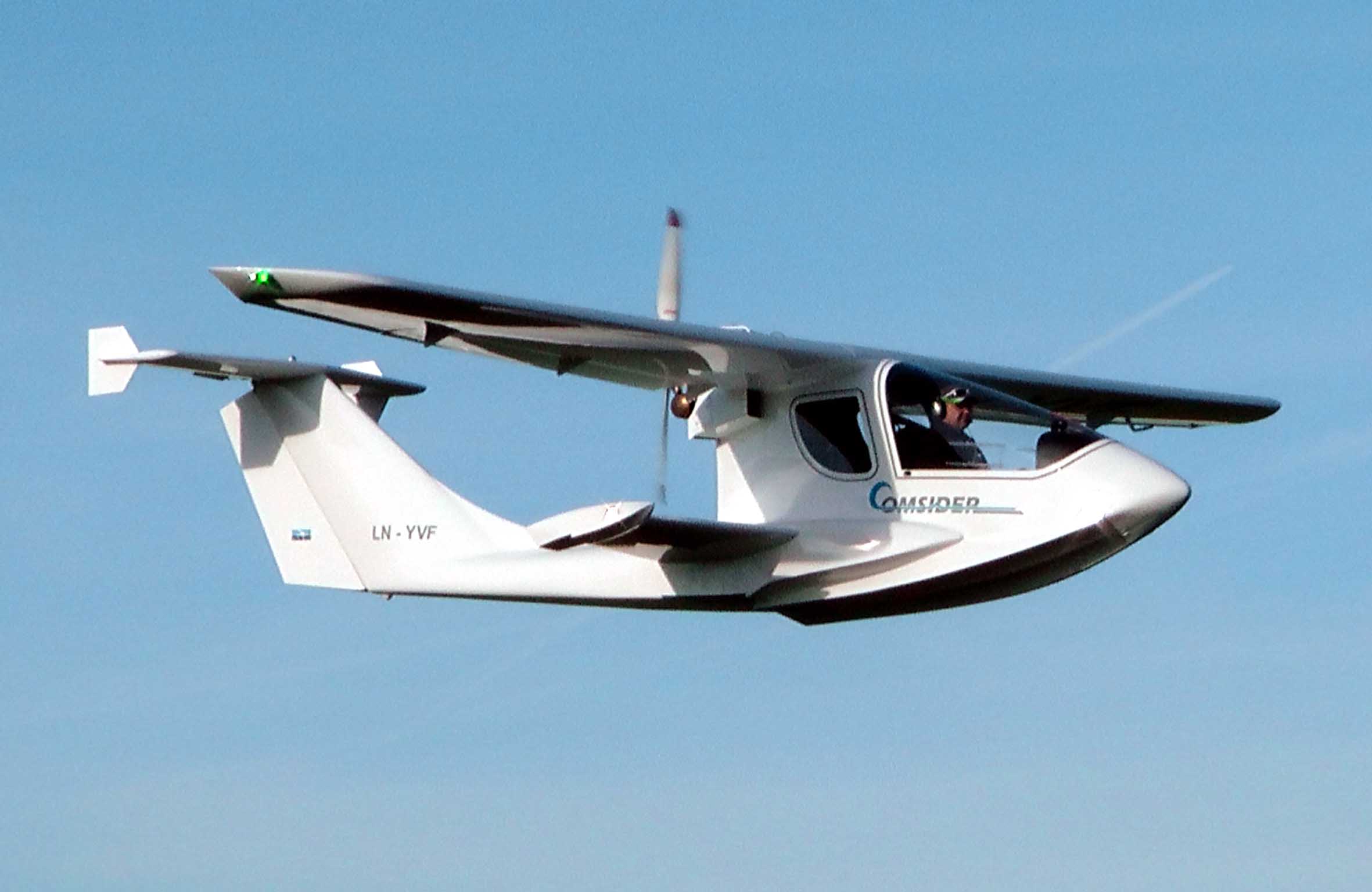 The Omsider is two-seater cantilever high-wing composite aircraft. The tailplane is designed to "T" shape. The tricycle landing gear is electrically retractable. Small sliding rudder installed inside the tail rudder enables full control under the aircraft when being operated on water. Seats are installed behind each other. The propulsion unit is Rotax 912 SUL engine in pusher configuration and FITI propeller. Fuel tanks with 2 x 50L capacity are installed inside the bottom extensions of the hull. Removable sponsons mounted on each side of the hull help to keep its stability on the water.

Omsider is designed in the category of ultralight aircraft. It is non-certified prototype. Considering possible difficulties related with its further development, which mainly means to realize and proove all requirements related with certification procedure, we keep the Omsider only as the project and interesting experience, which has moved us forward to our next progress in discovering new production technologies. Therefore we do not offer the Omsider for sales. 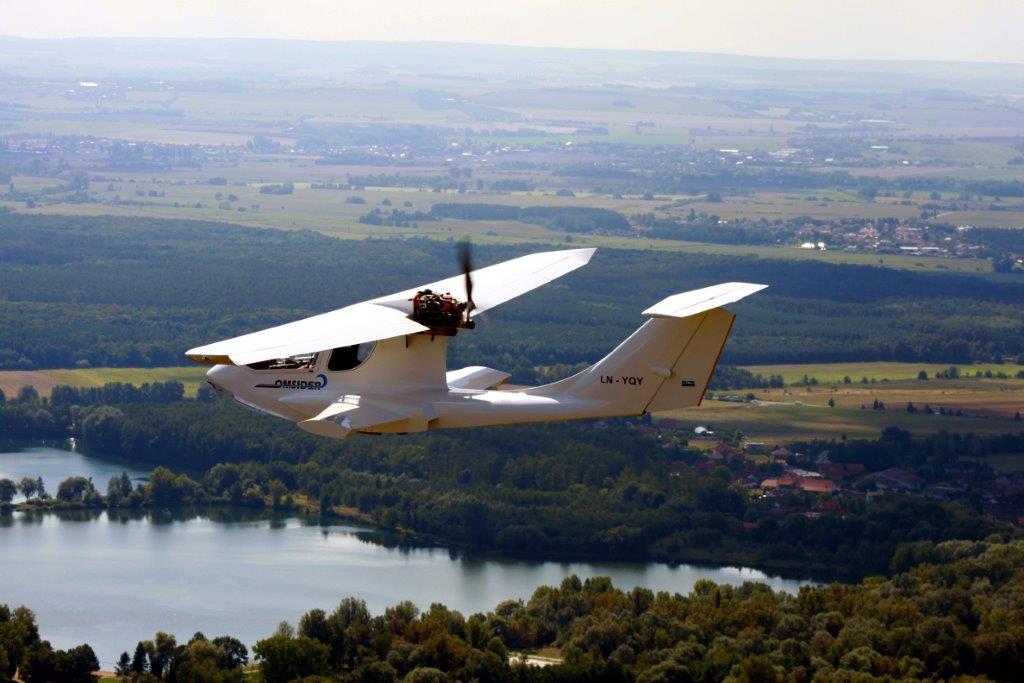 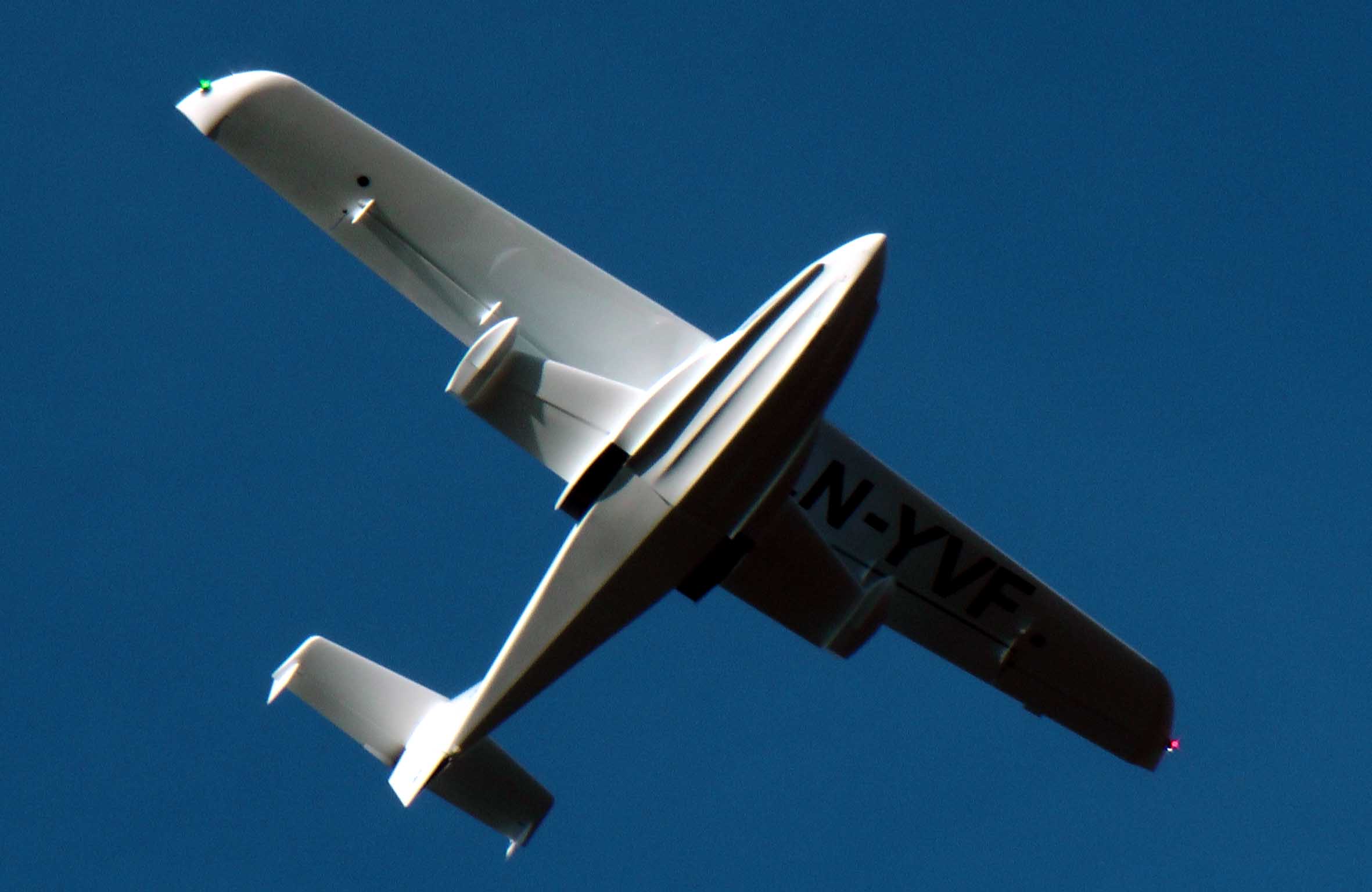 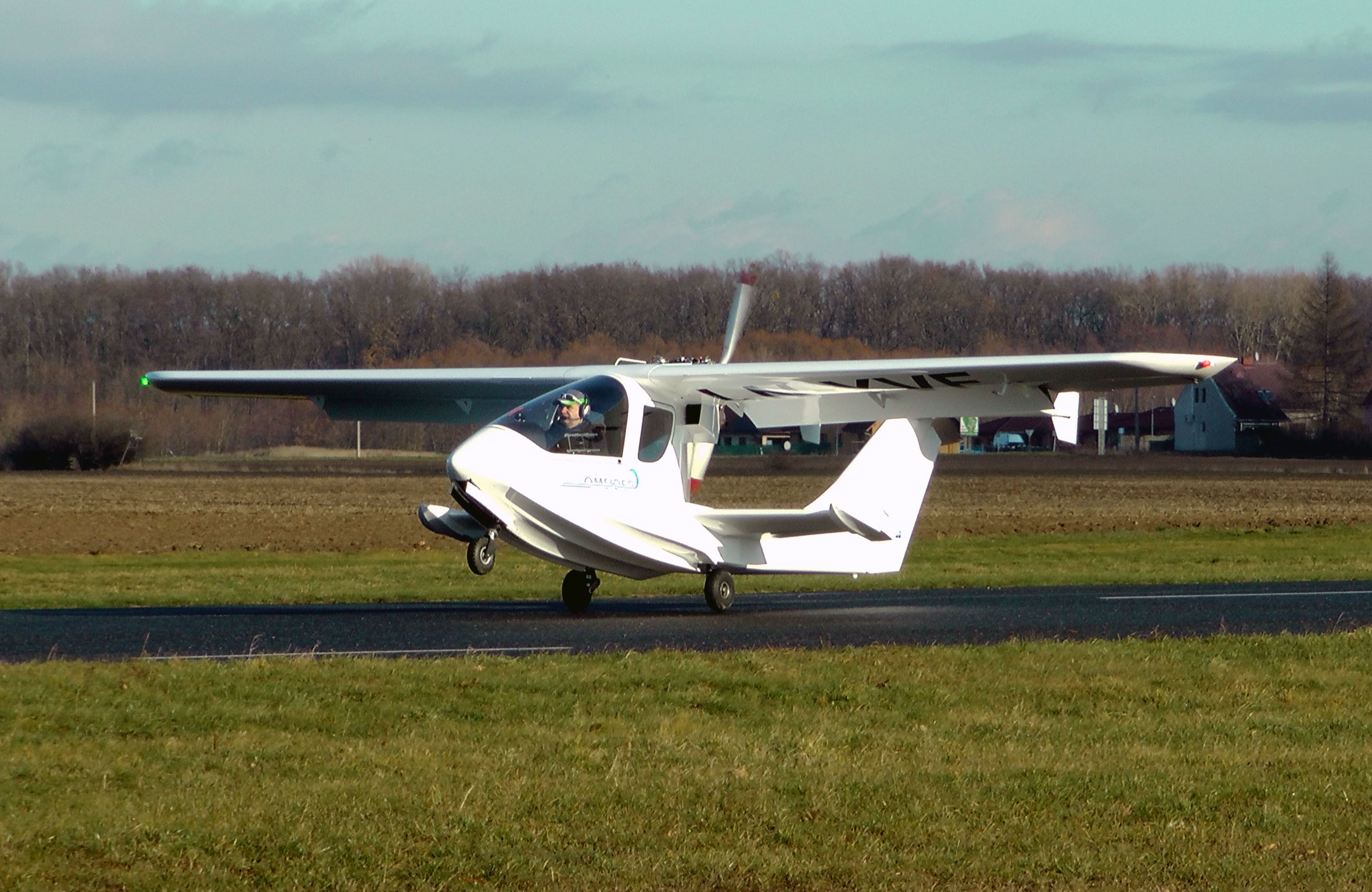 We used a well-proven design of the wing of ATEC 321 FAETA. The cantilever tapered backswept wing with SM 701 airfoil is a reinforced shell of carbon sandwich with carbon coating. The wing spar is made of laminated hard beech wood saturated with synthetic resin and is situated in 30% of the wing depth. Ailerons are hinged on the rear spar. Slotted flaps are hinged on fiberglass hinges. Both ailerons and flaps are of all-composite structure. Root ribs are made of carbon sandwich, other ribs are made of special plastic foam. The main spar is welded of high quality CrMo steel tubes.

The fuselage is made of carbon sandwich. The bottom part is designed for water operation. There are two seats in the cockpit for the crew of 2 persons seating behind. The front seat is the main pilot´s seat. The back seat is accessible after tilting the main seat forward. Both hand and foot steering are doubled. The canopy is hinged on the nose and opens up and forwards. The dashboard with flight and engine instruments and flaps control are situated in front of the main seat. The backside of the front seat headrest is fitted with additional small dashboard with basic flight instruments. Two fuel tanks are each situated inside the left and right side of extended hull. The hull is fitted with sponsons with small nacelles on their ends to provide lateral stability on water and to avoid dipping of wingtips. Removable sponsons are made of composite. The centerwing is made of steel.

The undercarriage intended for ground operation consists of tricycle retractable landing gear. The nose gear is steerable and electrically retractable forward. The nose gear consists of steel struts and carbon composite fork with 4“ wheel. The shock absorber is made of rubber springs. The main gear consists of the steel frame installed on the torsion tube. Swinging arms are damped by rubber silentblocks. The main gear is fitted with 4“ wheels with hydraulic brakes and is electrically retractable into the side extensions of the hull. The brake is mounted on the control stick of the pilot. The hull-shaped bottom part of the fuselage with landing gear retracted is designed for water operation.

The propulsion unit and fuel system

The propulsion unit consists of Rotax 912 SUL engine in pusher configuration and the 2- or 3- blades propeller by FITI. Fuel tanks capacity is 2 x 50L. The fuel valve is operated from the main front seat. Additional electric fuel pump is a part of the fuel system. The fuel amount in tanks is measured by the capacity fuel gauges.

We used practical solution of integrated flight and engine instruments. The aircraft could be surely equipped also with basic analogue instruments, navigation systems etc... Static and dynamic pressure is taken from Pitot tube installed on the underside of the left wing. 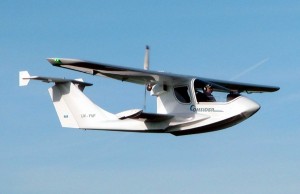 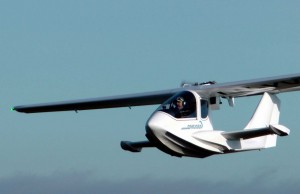 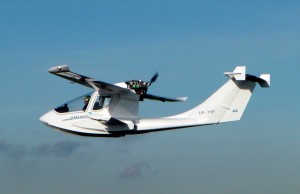 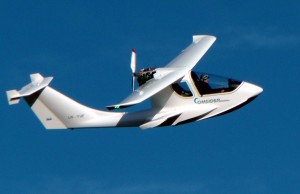 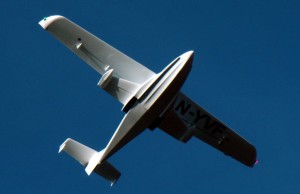 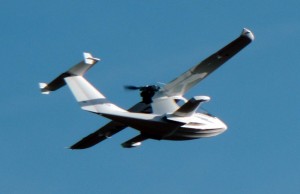 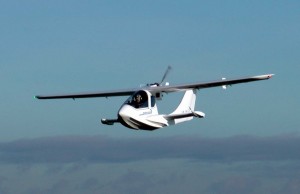 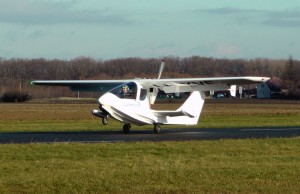